You Are the Biggest Differentiator Between Success and Failure

She knew that there were other competitors bidding on the same opportunity with a company she had been trying to sell for several months. The buyer’s decision journey involved thorough due diligence, product evaluations, presentations from the different vendors, committee meetings, and a very rigorous budgeting approval process. When she found out that her company was included as one of two finalists, she was elated, but also a little nervous as this was a big opportunity and she didn’t want to lose.

Both companies were invited to give a final presentation to the committee overseeing the purchase and responsible for making the decision. Both vendors were given two hours to present their final solution and pricing. The other vendor was asked to go first, and she was happy about that as she wanted to go last, so her presentation and proposal would be the last thing that they heard that day.

Initially, the vendors were told that the client would not be making a decision on that day but that they would notify both companies the following morning with their final decision. However, when she and her team completed their presentation, the committee asked them to wait in the lobby and give them 15 minutes to talk through her presentation. When they invited the team back into the conference room, they announced that they were selecting their products and services and that they had won the opportunity.

The ultimate decision-maker was the head of the committee and after he announced the winning vendor, he went on to explain why they decided on their company. He shared with the team that the products and services offered by both vendors were almost equally aligned, one slightly better in one area, and the other better in another area. The pricing was also so close that it didn’t impact their decision. He shared that the biggest differentiator was the salesperson, her name is Sharon.

In the world of selling, this scenario gets played out all the time. Salespeople compete on products, services, solutions, pricing, benefits, and value. All too often what they miss is recognizing in a very close and competitive selling situation, that the salesperson is the biggest differentiator in the opportunity. As the ultimate decision-maker continued, he shared that Sharon’s diligence in providing the information in a timely fashion, her follow-up, her enthusiasm and passion for the products and services, going the extra mile, having difficult and candid conversations, and her knowledge had been the differentiator in the deal.

As she graciously received the compliments, she was stunned because she didn’t do anything different than she did when trying to sell to other companies. It was just her natural style, tendencies, and work ethic. Her selling team that day included Sharon’s manager, so he heard firsthand the accolades that the new customer was giving Sharon. At that moment, he knew that he would make sure the rest of his sales team heard the story and that they were keenly aware of the importance of their role in the entire sales process.

This is a simple sales story from one of my clients, but the same applies to all of us in any job, endeavor, charity work, or anything else that we do where others are involved. We are the differentiator in whatever it is we are tasked to do or participate in. Our unique qualities, gifts, talents, knowledge, and experience can be the determining factor in whether what we do succeeds or fails.

Do you recognize that your role in everything you do is the real differentiator? Do you need a little shot of confidence to help you see the incredible value that you bring to the table? I would love to hear your story at mnorton@xinnix.com and when we can remember that we are the true differentiator in all that we do, it really will be a better than good year. 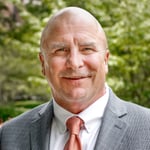 Michael has had the pleasure of working with world-class companies such as Siemens Healthcare, WebMD, 7-Up, Cardinal Health, Cemex, Boral, HPE, Indeed, Lonza, KONE, Evonik, Quest Software, Dell, Anixter, and many more. for 30+ years he has developed, written, delivered, reinforced, and sold sales and sales management training programs that deliver real ROI while fitting into a company’s culture, processes, daily sales workflow, and budget.